Natura 2000 sites are specifically designated to protect core areas for a sub-set of species or habitat types listed in the Birds Directive and the Habitats Directive.

Natura 2000 are considered of European importance because these species are endangered, vulnerable, rare, endemic or else they present outstanding examples of typical characteristics of one or more of Europe’s nine biogeographical regions.

There are around 2000 species and 230 habitat types for which core sites need to be designated as Natura 2000 sites. The aim is to ensure the long-term survival of protected species and habitats.

The sites are selected and proposed by European Member States. The European Environment Agency (EEA) then assists the European Commission in analysing the proposals and in their evaluation concerning their contribution to the conservation status of each habitat type and species at the biogeographical level.

Once the sites proposed under the Habitats Directive are considered sufficient, the lists of sites are adopted by the Commission and the Member States must establish them as Special Areas of Conservation (SACs) as soon as possible and within six years at most. 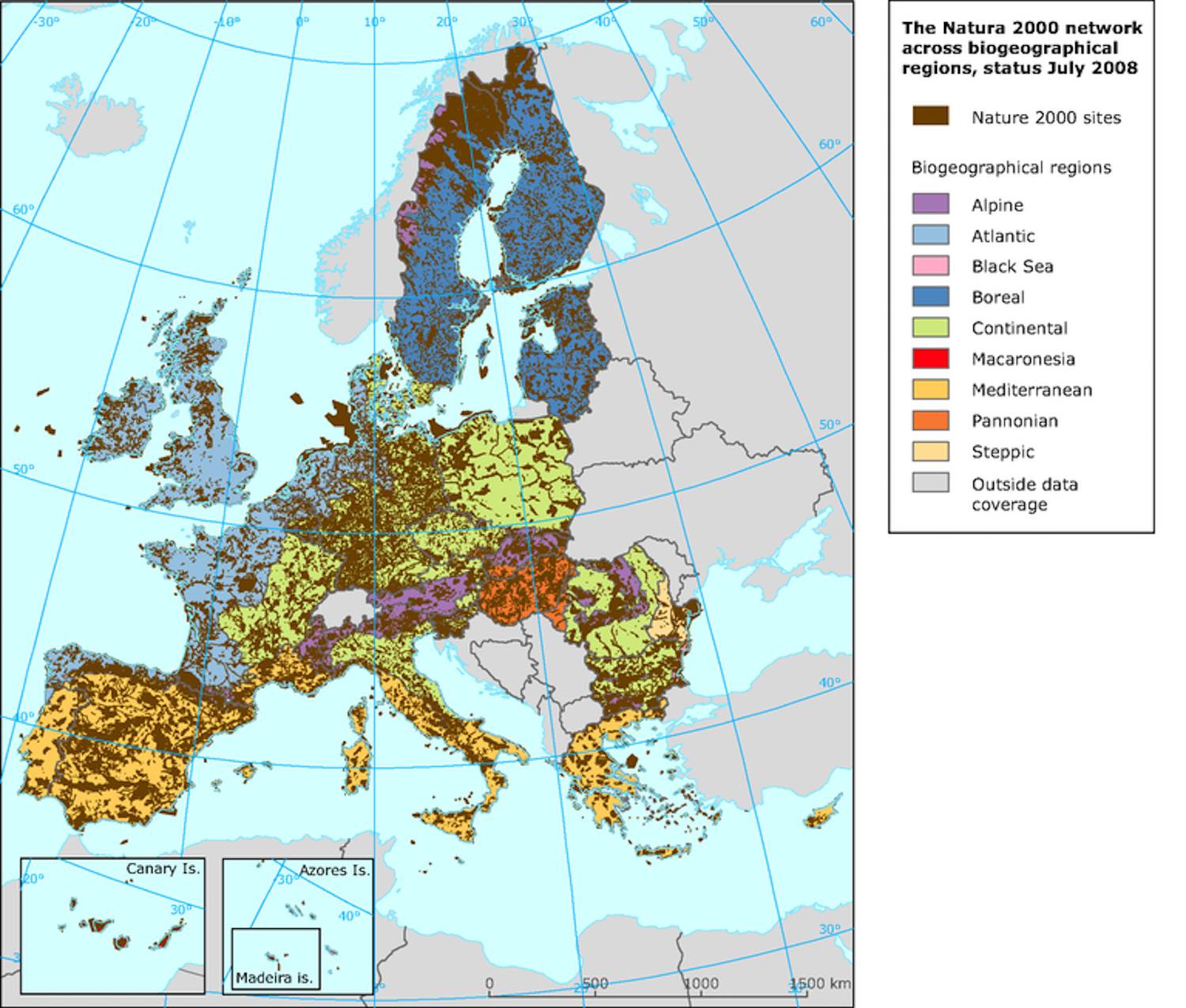